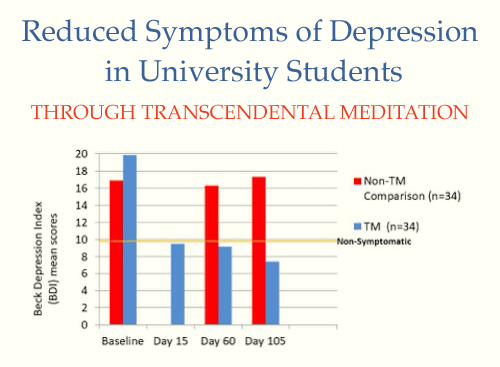 Students at Maharishi Institute who learned the Transcendental Meditation technique (TM) were free from depression within 15 days, compared with a non-TM group of students with PTSD at another school (University of Johannesburg) who showed no reduction in depression symptoms during the 135 days of study.

PTSD can be hidden : Richard Peycke, Chairman of Maharishi Institute, explained that in South Africa up to 20 or 25 % of the students may have PTSD. He said, ‘Initially, we did not think that PTSD would be a problem, but after testing our students we realized that even though they may have learned to act like the general population, the inner stress is still there. And that stress blocks the learning process and impedes social development and success at work. 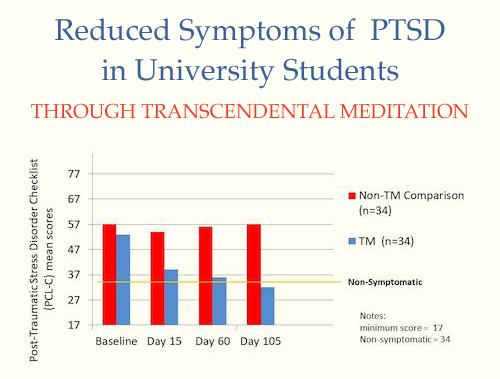 This study showed that wehreas the comparison group of students made no progress reducing PTSD during the 105-day study, 80% of students practicing the Transcendental Meditation technique came out of PTSD. These results are very similar to earlier studies on other groups, confirming that Transcendental Meditation is very effective at PTSD recovery and may indeeed be the new gold standard.