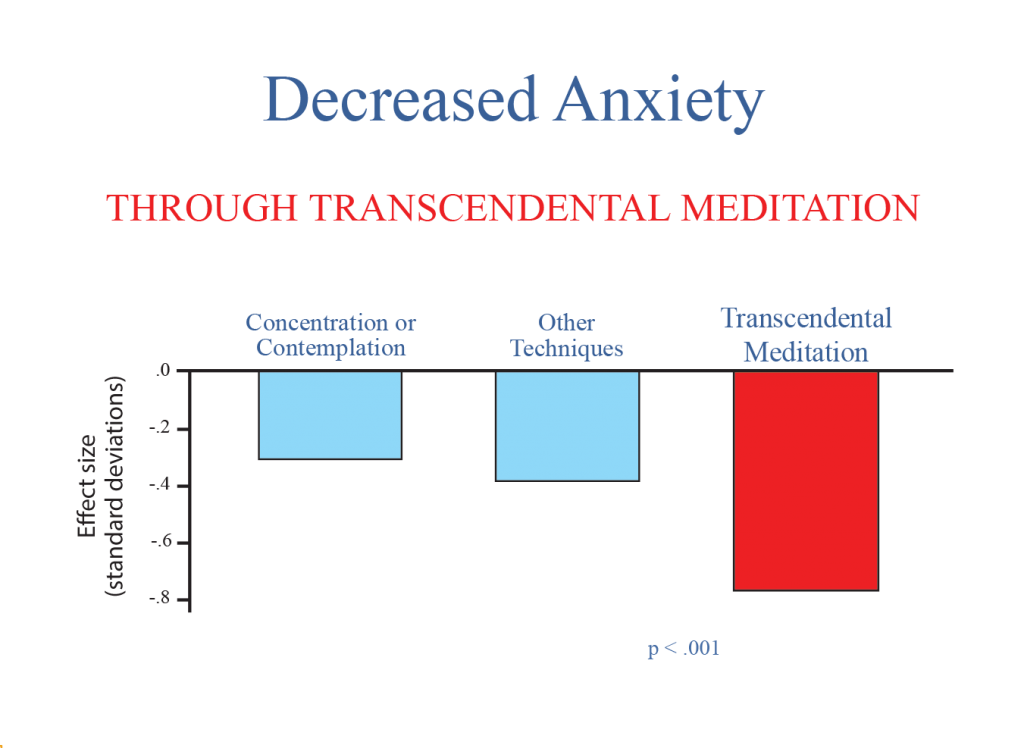 A statistical meta-analysis of 146 independent study results found that the Transcendental Meditation program is more than twice as effective in reducing trait anxiety than procedures of concentration or contemplation, or other techniques. The left bar shows decreased anxiety in other mental techniques of concentration or contemplation, the middle bar shows physical techniques trying to calm the body, and the third bar is the effect of Transcendental Meditation which shows about two to three times the effect of the other procedures in reducing anxiety.

“Anxiety has reduced and now if you look at my grades I have ‘A’s, I have mostly ‘A’s and one or two ‘B’s”.

“I used to get very nervous before tests and I used to get head aches and doing TM I saw a difference, I’m calmer, I feel better”