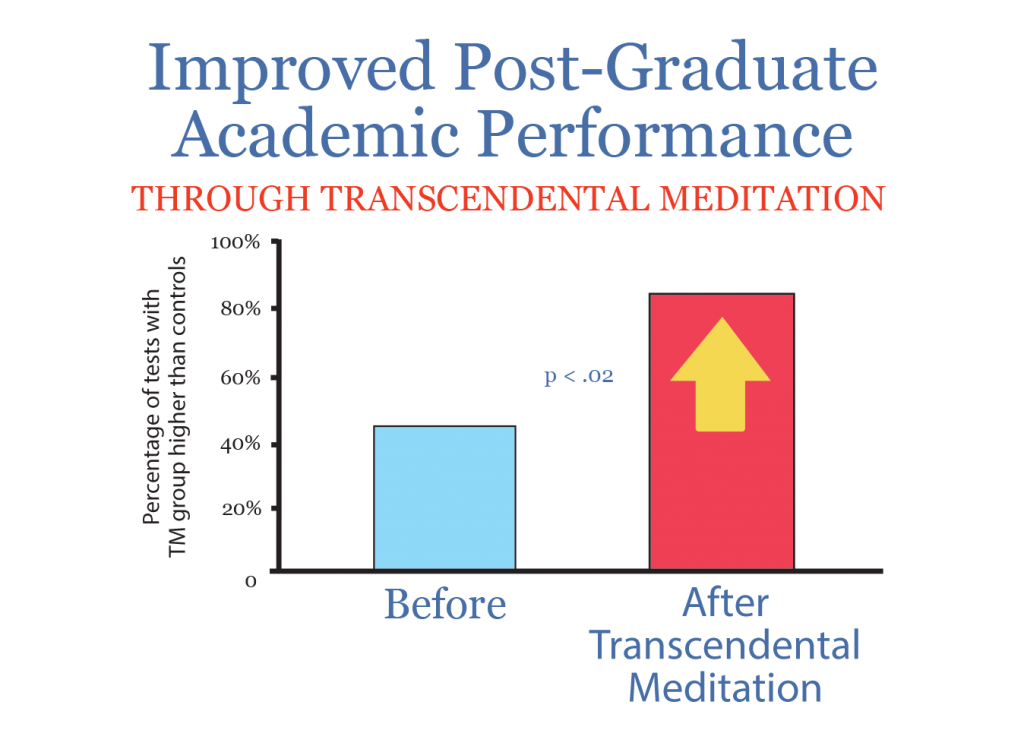 Master degree engineering students in Great Britain were half the class assigned to learn the Transcendental Meditation program. Before starting with TM the percentage of tests being higher was only 50% with the experimental group, that means, they were equal to the control group.

Six months after learning TM, however, they improved their performance on their standard examinations showing 80% higher ranking than the randomly assigned controls.